In the official scorecard for Wildcard Weekend I went 2-0 but with both futures teams (Seattle, Pittsburgh) stealing victory from the grasps of sure defeat it felt very much like 4-0 and a reason to celebrate

This game never really was in doubt, the Steelers led 6-0 at half and 9-0 through 3 quarters. The Bengals in the first half managed only one drive of over 10 yards and the majority of their pass attempts and yards came in the 4th Q when they were down and in desperation mode. Even with 41 Attempts, McCarron couldn’t crack 200 passing yards.

The Bengals defense once again played the Steelers pass game tough holding them to 5.1 yards per pass and picking up 4 sacks. The Steelers did manage to run the ball well, 167 yards on 29 rushes, which helped the under as did he poor weather conditions. Nice to get an easy win.

This one didn’t start great as  Wash got off to a 11 -0 lead which could have been worse had Desean got into the end zone on their 2nd scoring drive where they ended up settling for 3. Once the Packers got into the game they found plenty of opportunities to score vs the 21st ranked DVOA defense of Washington. Washington was 31st in yards per rush against giving up 4.8 per att and the Packers took advantage of that unit. GB rushed for 141 yards on 32 atts and helped keep the game manageable for the Rodgers and their pass game. 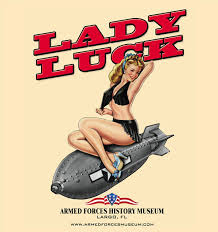 Both the Steelers and Seahawks seemed by all accounts to be looking at 1st rd losses until having inexplicable plays go their way late in the games. The Steelers look too banged up to be able to go much further but we may look back at that missed 21 yard FG by in Minnesota as the major break that allowed Seattle to win the SB and cash our futures bet